Acting As If: The 13 Week Trial

Here's a new piece by our contributor Dumped ATR.  Her name fits her experiences, but she is trying to be positive.

It wasn't a bad spring, though my UFT Rep said I had a rough year. He and others have been trying to help me find a position after doing a good job at my spring "leave replacement" position. Here's how it went.


I took what turned out to be a leave replacement position this spring at a large, but pleasant high school on the other side of the NY Planet from where I live. It was the first time I had taught five, maximum-sized classes (my entire career has been spent in small schools, up till now.) All of these classes were well-attended, with students doing homework, extra credit--practically anything I assigned. Nobody thought I had a great shot of getting hired, though the coordinator of my department really wanted to bring me on board. However, in my mind, I believed I would be hired, and I tried my best to allow that belief to guide my work--to "act as if." Well, I wasn't hired permanently, though I was told I could apply for the job on the open market. As I don't want to feel doubly beaten, I chose not to do so.

There are pros and cons to having been provisionally hired. If I hadn't done well in the position, I would be glad to leave it. However, I invested my abilities "as if" I were a permanent member of the staff. I'm not sure if my principal took the time to imagine me with quite the same interest. Of course, he doesn't have to do that. In fact, once he was asked by the DOE to make a decision about me (at 13 weeks in to a position I took over in the middle of the year) he made his decision, and that was it. (The DOE did this everywhere, don't ask me why.) To be safe, as he told the UFT Rep at the school, he "kept his options open." I had thirteen weeks in which there was one key observation by the principal, plus several "snapshots." The two department chairs who hired me, observed me and fought to keep me, to no avail, though I was honored by their efforts. 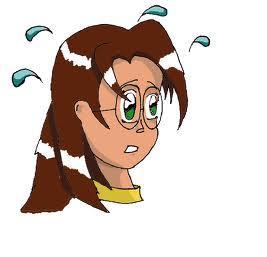 To be fair, I choked during that one observation, causing my class to basically ask me the next day, in polite terms, "WT--." They were stumped by what was, arguably, the most pretentious "Do Now" I had ever asked them and they had a hard time making connections to the follow-up questions. I panicked and thought, "Maybe they haven't understood anything I've said." The truth was, I had created a lesson designed to impress the principal and not really in the style in which I teach, or speak. The coordinator figured this out. So did my students (who also confessed they froze because the principal was there. No, I did not tell them in advance that I was being observed.) The next day, we completed the task that I had wanted them to do the day before in our usual rhythm with time to spare for good discussions. But, the principal would never return, despite attempts of administrators and senior faculty to get him to do so. Colleagues said that they had never seen so many people rally for one person. I'm very grateful. My supervisors were very complimentary and pleased with my work. They also knew, as one said, that I felt like "my entire career rested on the principal's observations"--and that it was difficult for me to keep my nerves from jumping out of my skin in his presence. For that reason, they sometimes popped in on me, to get me used to people walking in, and to emphasize to me what I did well, so that I might be less nervous should the principal come again.


He didn't, unfortunately. I tried to act "as if" everything was okay, regardless, but the more time passed that he didn't return, the more, inside anyway, I felt like the chances of staying in the school were over. My colleagues were extremely understanding and supportive and I made many friends among them. They continually reminded me that they saw how hard I worked and that they knew I was a good teacher. But, the days passed. Oh sure, he came by for "snapshots." Walked in for less than five minutes during a discussion here and there. Asked my students what they were writing about. I was told that, unless he saw something he didn't like, he usually didn't stay long on these little surprise visits. He must've liked some of what he saw as he didn't stay. The one discussion I had with him directly after a snapshot (I got feedback from my coordinator) involved him saying I was "brilliant," but should try to let the students who are late pick up their handouts instead of passing them down to them. I took too much stock in the compliment, as it became clear to me later, that he didn't really have much of a handle on who I was or what I did. Certainly not enough to want to give me a second chance. I did get an "S" rating at the end of the year, and since everyone continued to rally for my employment until the end, I am secure in the idea that I did not do a terrible job.

Nevertheless, the teaching experience was exhilarating. It was incredible to find myself "just teaching." My students were welcoming, sensitive and enjoyed challenges. I know the principal has no obligation to work with me or get to know me. I guess I simply wish he did. I would have committed to working with him. That wouldn't have been acting.
Posted by NYC ATR at 5:59 PM 2 comments:

Buyouts for ATR teachers? Anyone Home?

Just about two months ago, 974 readers saw an article in this blog  about Chancellor Walcott's plan to offer retirement buyouts to ATR teachers.  The UFT, though, doesn't seem to know anything about it.  Here is a message from an anonymous ATR teacher:

Eric Nadelstern used to be the second-in-command at the NYC DOE, until he retired in January, 2011.  Now, however, Nadelstern has issued a paper in which he attacks the Bloomberg education administration:

[they see] their primary role as creating opportunities for Bloomberg to step onto a national political stage after he [leaves] city government. Education reforms [are] now...evaluated on the basis of whether they contribute capital to the mayor’s political aspirations.

What is an ATR?

If you're looking for one great blog to follow (other than this one) I recommend Diane Ravitch's Blog.  The Divine Diane has her gentle finger on the pulse of education issues from New York City, the U.S.A. and the world over.

In a recent post, Dr. Ravitch responded to some readers from outside of NYC who wondered what an ATR is. Here is her response, together with a long quotation from one our colleagues:

The teachers who lose their jobs have not been evaluated. They may be great teachers. They just happened to have the bad luck to teach in a closing school. If they are experienced teachers, other principals may reject them because their salaries are too high. So they become wanderers in the school system. They become members of the Absent Teacher Reserve, floating from school to school, a week at a time in each. They are lost souls in a soul-less system run by the greatest minds of our generation.

I heard from an ATR today. He or she can tell you what life is like for an ATR:

I am a 21 year veteran atr teacher. I truly appreciate your blogging. I have been subjected to the most ridiculous and hostile work environment this past year. As it stands, any teacher can become an ATR at anytime.

The troubling thing is that my “colleagues” shun us as though we are lepers. I guess its just not cricket to be seen talking to us. The prevailing meme is that we must be “bad” teachers.

The administration treats us like subs and even calls me a sub to my face. Imagine being informed in your email each week where you will be working the following week. At each school there is a different schedule, so forget dealing with your own children, holding a second job, going to school or even per session. The algorithm that the NYCDOE claims to use in the placement of the ATR underclass, includes distance from home as a major factor. For thirty of the thirty four schools I was sent to, the travel time each way was two hours minimum.

As an ATR I have no democratic rights. We have no chapter. The only proper description of the treatment we have recieved at the hands of the DOE and its HR enforcement arm, the UFT has been constructive discharge.