Unassigned Teachers of the World, Unite!

The geniuses at E4E recently reported on the Chancellor's latest attempt to "solve" the ATR problem:

How to solve the problem of unassigned teachers has long been a battleground issue for city education officials and the union, the United Federation of Teachers.


Tell me, brothers and sisters of the Absent Teacher Reserve, how often have you been "unassigned"?

And if, on occasion, you were not given anything to do, was that because there's no work to be done in our overcrowded schools?  And was it because you--with your degrees, certificates, and years of satisfactory service--weren't able to do the work?  Or was it because some knucklebrained administrator couldn't take five minutes to identify some struggling students who could benefit from your expertise?


Moses brought down the tablets with the 10 commandments. Philip Nobile, admittedly a lesser luminary, merely has 10 questions to ask our UFT President, Michael Mulgrew.

If the worst one could say about Michael Mulgrew is that once upon a time at Grady High School he fulfilled the adulterous fantasy of many teachers, then I’m not throwing the first stone. The boys of the Unity Caucus are famous for having a good time. Whether Mulgrew and Emma Camacho-Mendez did the lust and thrust in his shop several years ago is relatively small potatoes, even if there were evidence. But I would have preferred faster and more furious denial.

If the sex never happened at Grady, then Hochstadt’s grand conspiracy-blackmail-extortion theory wrapped in a suicidal lawsuit collapses. So why didn’t Mulgrew come out swinging in Sunday’s Post, at least to defend the honor of his good friend Ms. Camacho-Mendez? Instead, he told paid spokesman Dick Riley to say that Hochstadt’s “lawsuit was a catalog of absurd, false charges which we expect the court to dismiss."
Mulgrew’s Monday email to members was similarly bloodless in reference to “false and absurd claims of a wide-ranging conspiracy and personal misconduct, without stating any actual proof of either.” But why not a simple, case-closing statement: “I did not have sex with that Guidance Counselor at Grady.” Wouldn’t you rush to say that or its equivalent, if you were Mulgrew and you and your good friend were maliciously accused in the Post? Wouldn’t you have announced a libel suit against your greatest enemy in the press?

That’s what bothers me. Mulgrew is not acting like an innocent man. If he was spied in flagrante at Grady, it follows that there was a cover-up of some kind. So far, evidence goes in the other direction. The Daily News reported on Tuesday that “the city has confirmed Mulgrew was never removed from the classroom for any investigations during his teaching career, contrary to the lawsuit’s allegations. He also was never found to have committed wrongdoing by any investigators.”  Even Donald Herb, the retired custodian who supposedly saw the grappling lovers told the News that Mulgrew was a “good guy…We could tell he was a fighter back then. Now he's got some power and they're trying to take him down. That's all this is about." And Ivor Neuschotz, the former Grady Principal allegedly in the know, has kept silent.
Despite this cold trail, I’m leaning in the direction of the original sin---until Mulgrew and/or Camacho-Mendez convince me otherwise. The rumor is too widespread and robust to discount on Mulgrew’s tepid denial and Camacho-Mendez’s clueless comment in Sunday’s Post: “I have no comment on that. It’s the first I’ve heard of such an allegation. I have nothing to say to you.”
The court of public opinion is not the same as the court of UFT opinion. Randi was compromised when she was in the closet and covered up Klein’s secret swiftboat campaign against her, only to be protected by Special Commissioner of Investigation Richard Condon who also covered up Klein smear operation at Tweed. That’s what Randi told me,  Michael Mendel, Jim Callaghan, and NYSUT lawyer Chris Callagy in 2008.  Mulgrew needs to come clean with members, to assure us that he is not compromised.
Herewith are ten questions to set the record straight:

2. Did you have sex with her within Grady?

3. Comacho-Mendez told the Post that she had never heard the Grady rumor before; what about you?

4. The rumor has surprisingly long legs despite lack of confirmation; did anything happen at Grady that might have started it?

5. Granted the circumstances, the appearances, and your and Camacho-Mendez’s less-than-indignant denials, you can understand why some members like me are skeptical and want a detailed response to the Hochstadt suit, even though it lacks proof. Will you hold a press conference and answer questions?

6. Will you sue Hochstadt, Betsy Combier, and the Post for reckless disregard of the truth? If not, why not?

7. Norm Scott mocked Hochstadt’s grandiose claims while expressing contempt for Unity’s entrenched leadership: “The idea that the UFT had to be blackmailed to sell out the teaching corps is ludicrous when we know it is in their DNA to give away decades of hard won rights and pieces of the contract, whole chunks at a time. The interesting part of the charge was that Mulgrew took his supposed lady up the ladder with him to a juicy full-time patronage job at UFT headquarters. But really, does anyone expect people in power to function differently?”  Your response?

8.  Randi came to your swift defense against Hochstadt, but you were silent last month when the Daily News, with the connivance of Walcott, smeared Eric Chasanoff  as a pervert teacher. Why did you let Eric twist in the wind?

9. The 10-minute “open mike” at the start of Executive Committee meetings is the only chance that rank-and- file members have to confront you and your cabinet. But you allowed Secretary Michael Mendel to censor that small window of opportunity, forbidding dissenting members to speak more than once a term. Is this your idea of democratic process?

10. One more thing: Are you sorry that you cynically killed the DA resolution to endorse Bill Thompson against Bloomberg, thus assuring four more years of teacher bashing?

Does the UFT leadership betray its members?

It's really none of our business what UFT President Michael Mulgrew may have done with a female guidance counselor on a drafting table at Grady H.S. (click here to see the allegation).  What does concern us is the possibility that Mulgrew promoted his paramour to an important union job for which she was not qualified, and that he may have been compromised by his scandal when he negotiated with the DOE.

Leave it to NYCATR's ace commentator Philip Nobile to formulate the issue with just the right mix of clear reasoning and biting cynicism.  Here's what Nobile wrote as a comment to a Gotham Schools report about the scandal:

Would our UFT leaders betray members to protect their own interests? Is the Grand Mufti Moslem?

Mulgrew to ATRs: You are second-class UFT members

At the Wednesday, May 16 meeting of the UFT's Delegate Assembly , I raised the issue of the union's cynical "solution" to the UFT's disenfranchisment of ATRs in the union elections. Many ATRs had no place to vote in the union elections as they trudge from school to school on a weekly basis, where they are treated as non-people until they move on the next week. This week-to-week trek was agreed upon by the union and the DOE last spring, as part of the deal that there be no teacher layoffs. Last fall, I and others put forward motions that the ATRs be accorded their full voting rights with their own chapter. We have been fighting for this for several years, and it has always been brushed off with the excuse that their situation is only "temporary."

Last week, the UFT leadership announced a "solution"--with chapter elections upon us, they decided that ATRs would vote at the school where they are for the week the elections are held. This is outrageous--how can ATR teachers effectively advocate for their needs when they are "here today, gone tomorrow," and the chapter representatives are not accountable to them?

Yesterday, when I raised this issue in the question period at the delegate assembly, Mulgrew refused to let me get a sentence out, interrupting me, harassing and yelling, "What's your question," "Make it a question," "That's not a question!" Following his lead, a passel of Unity delegates obediently picked up the jeer. Over the din, I was finally able to get out, "My question is, how do you justify this outrageous cynical disenfranchisement of the ATRs' right to vote?" and saying "the ATRs need their own chapter."

Mulgrew answered with a time-honored evasion: The union is in arbitration, he said, because the DOE has not kept to its commitment to place ATRs in open positions and long-term vacancies. Until this arbitration is settled, the union is doing the "best it can" to give ATRs voting rights. He was silent on the fact that the weekly trek of ATRs is happening with the consent of the UFT leadership, which agreed to it as part of the deal on layoffs last spring.

Don't worry, I will keep on raising this issue. With more schools closing than ever, there will be a huge swelling of the ATR pool next fall. As we all know, "If you're not ATR, you could be soon." The fight for rights of ATR teachers is everyone's fight.

The Wall Street Journal is reporting that the NYC DOE is interested in offering retirement buyouts to teachers who have been in the Absent Teacher Reserve for more than a year.

According to the report, the UFT has tried in the past to negotiate buyouts for ATR teachers, without success.  Regarding this recent offer by the DOE, UFT President Michael Mulgrew said, "We are prepared to listen."

It’s apparent to anyone...that the State Department of Education is run by the Wizard of Oz.   Just pull the curtain away and all you have is a little old man who is only capable or accepting packages of tests from the Pearson Company.

James Eterno, the leader of the ICE-UFT party, has uncovered a curious little tidbit from a UFT publication about elections for chapter representatives:

Member ATRs on weekly assignment to the school should be allowed to vote for chapter leader, not for delegate.

Did HE say that?


“In the end it’s the parents job to raise the children. And the school systems can only do so much.”

Click here to find out which leading member of the Blame-the-Teacher Party uttered this eternal truth.
Posted by NYC ATR at 6:10 PM 2 comments:

Merryl Tisch and the Mets

NYCATR has been engaged in an ongoing attempt to find connections between education and the New York Mets (see here and here); this season, the Mets have a better record.

Our latest installment is this excerpt from an article about Merryl Tisch, our fearless Chancellor of Education in New York State, and Pearson, the publisher of those pineapple-and-hare-brained tests that will determine the fate of students, teachers, and entire schools.

Tisch has admitted that the recent round of ELA and Math tests contain more than 30 errors.  Still, Ms. Tisch insists that the state will stick with Pearson. Here's a quote from Perdido Street School:

Merryl Tisch is winging her excuses, trying to divert attention from the fact that in the first year the new "objective" and "scientific" teacher evaluation system is implemented, they are going to be using tests with more errors than the 1962 Mets. 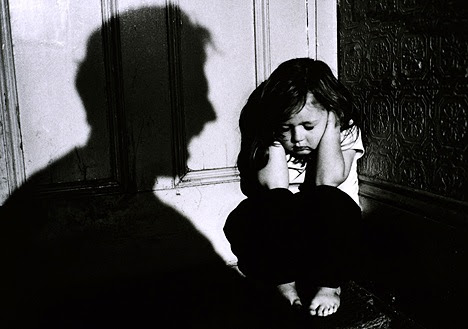 This just in from Diane Ravitch's blog: