Letter from the Bronx UFT meeting

Marjory Stamberg, a longtime UFT activist, filed this report from the UFT's meeting for members of the ATR in the Bronx. The meeting was held on Monday, October 3, 2011, at 2500 Halsey Street. 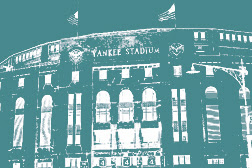 I attended the UFT ATR meeting for the Bronx borough yesterday (October 3). This is by no means a full report but a brief summary of the contentious issues and burning questions that were raised.

The UFT leadership people presiding were Amy Arundel (Special Representative), backed up by LeRoy Barr (Staff Director), who stepped in to try to cool things out when tempers started to rise, as they did frequently.  Arundel attempted to justify the June agreement on ATRs, which grew out of the deal on no layoffs of teachers. In exchange for that, it appears the ATR situation was used a bargaining chip. To save the DOE money, they agreed to use the ATRs in place of day-to-day subs. Those who are not given permanent assignments will be moved from school to school on a weekly basis (!) UNLESS a principal takes the affirmative action of alerting DOE central that he or she wishes to keep the ATR for more than a month.

Time after time, the ATR teachers at the meeting spoke out and said that in this way things were made worse for them than before. Before now, many had the possibility of being in one school for a length of time, even if denied the rights of an assigned teacher. Now they must move every week to a new place and begin the wrenching process of adjusting to a new school--everything from locating keys to the bathroom, lockers, copiers, as well as relations with a new set of teachers and supervisors.

Arundel and Barr kept coming back to the UFT default positions, which were two:

*Regarding the weekly trek from school to school, Arundel said the UFT wanted this because the principals have been gaming the system, using an ATR like a full-time staffer without any rights and without paying for them. This, they hope, will force the principal to pay up and assign the teacher if they want that person around. (This, by the way did not work in District 79 last year, where the ATR teachers from Rikers worked all year and all but a very few were NOT assigned after the year of work in our school).

*If you don’t like any of this, the UFT bottom line is you still have a job and a paycheck. You could be in Chicago or Los Angeles and have a cap of a year or 18 months to get an assignment or you’re out.

There are several points that needed to be raised and answers to questions that were not heard from the UFT officials:

1) Data: Arundel stressed that the union is amassing data, but the fundamental data questions were not addressed. How many ATRs have been given assignments this term, and how many ATRs are in the pool?

2) Since everyone in the room was demonstrably over 30 years old (many far over), there is clear evidence of age discrimination. Why is this not being fought directly?

3) If ATRs are to be treated as every other teacher, why are the ATRs not given a UFT chapter, with voting rights, delegates and chapter leaders?

The meeting was handled in a very bureaucratic way. Teachers were asked to speak only to the specific point at hand, without discussing the broader picture: the desperate situation of ATRs who are in this situation due to the UFT’s capitulation and give-away of seniority transfer rights and creation of the open market in 2005, and the union-busting attempts and school-closing patterns that are creating new ATRs every year.  If a teacher did speak to the specific point at hand, they were told that their questions were too detailed to raise in a group setting and to see the representatives individually after the meeting.

I was only allowed in the meeting after a prolonged interchange with a union representative, even though I explained that I was a UFT delegate and had spent a large number of hours advocating for ATRs in the past.  I mentioned that my District, D79, was probably the poster child for the mass excessing that took place following the “reckless reconstruction” of D79 in 2007, when hundreds of teachers were thrown out of their classrooms and hundreds of students lost in the process. Even then I was only allowed to observe, not speak.